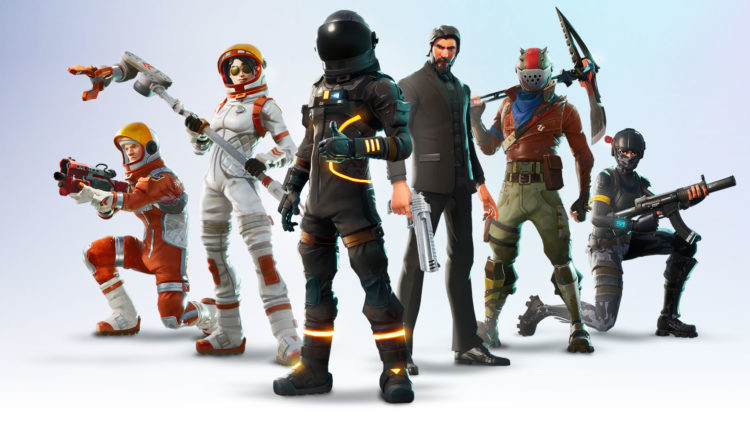 Fortnite is one of the most popular games out there on the market. It has an average of 45 million concurrent players and is loved both by critics and audiences alike. But what exactly is fortnite? and how did it reach such a mainstream status? To answer the first question let us first look into the genre of battle royale that started it as a whole. Back in the summer of 2017, a game known as PlayerUnknown’s Battlegrounds was released on steam as early access. The game quickly rose in popularity making it the most played game on steam that year with numbers higher than even the most popular of games such as Dota 2 and counter strike global offensive. The gameplay consists of a 100 players parachuting onto an island and fighting each other until the last one standing wins. Once dropped on the island, players raid houses for randomized loot which gives weapons, attachments, health kits, gear etc. Players also have to stay within the confines of a blue circle which shrinks the map from large open spaces to a small space forcing all the players into the limited small space. Players who are engulfed by the blue circle slowly start to reduce their health and if they stay outside the safe space for a long enough time, they die and their ranking is determined to depend on the number of players still alive relative to the time of your death. The concept itself is not new as it was first introduced in the 2000 movie battle royale. Pubg, however, refined the genre as a whole. Battle Royale after the success of PUBG quickly became the most popular trend in the gaming industry with tons of knockoffs trying to cash in on the success of PUBG. At this time a game known as fortnite introduced its own battle royale mode which would be different from PUBG. However, the masterstroke struck by the developers of fortnite which overtook PUBG making it the most played game was the announcement that the battle royale mode of the game would be free to play. This means that a person can directly download the game from epicgames.com at no cost. Pubg on the other hand was and still is a paid game which costs a 1000 rupees. This itself made fortnite much more accessible to a mainstream audience particularly to children and to a casual audience.

Gameplay is vastly different from PUBG with the game taking a more colorful and a cartoonish approach compared to the realistic approach taken by PUBG. the basic premise is the same, a 100 players drop into a map and fight each other to become the last man standing in order to take victory home. Players are given a pickaxe by default which is used to break down the environment from trees to houses which gives materials in order to build structures. Facing a barrage of bullets without any cover? build a wall. Need to get to a higher ground? build some stairs.Want to hold your position with your teammates, build a house. These features refined the genre again as a whole and bought fresh, innovative ideas to the table rather than recycling the same old games. Now to answer the second question, fortnite is very popular among twitch streamers and YouTubers most notably Ali-a, ninja,vikkstar123 and so on. In fact, the rapper Drake set a record with his fortnite debut twitch stream which had over 635,000 concurrent viewers. The popularity of fortnite among very prominent YouTubers, celebrities, and twitch streamers gave it the publicity other games can only dream off. Add that with now fortnite being released for IOS,ps4,pc and Xbox one it is now one of the most accessible games in the market which even low-end computers can run smoothly. Fortnite does have in-game purchases however these are mostly cosmetic and do not give any advantages to a player over another who spends real-world money unlike many other games like the recently controversial Star wars battlefront 2 and other mobile games. The cosmetics only approach taken by the fortnite developers is another reason why it is currently so popular. Each match feels fresh and balanced. Pubg, on the other hand, is plagued with hackers and the developers are not taking strong enough steps to eliminate them resulting in more and more players moving towards fortnite.

ALSO READ  HOW TO HIBERNATE AND SHUTDOWN WINDOWS 10

In conclusion, people are going gaga over fortnite because it is free to play and is receiving a huge boost in publicity because of many famous personalities playing it.