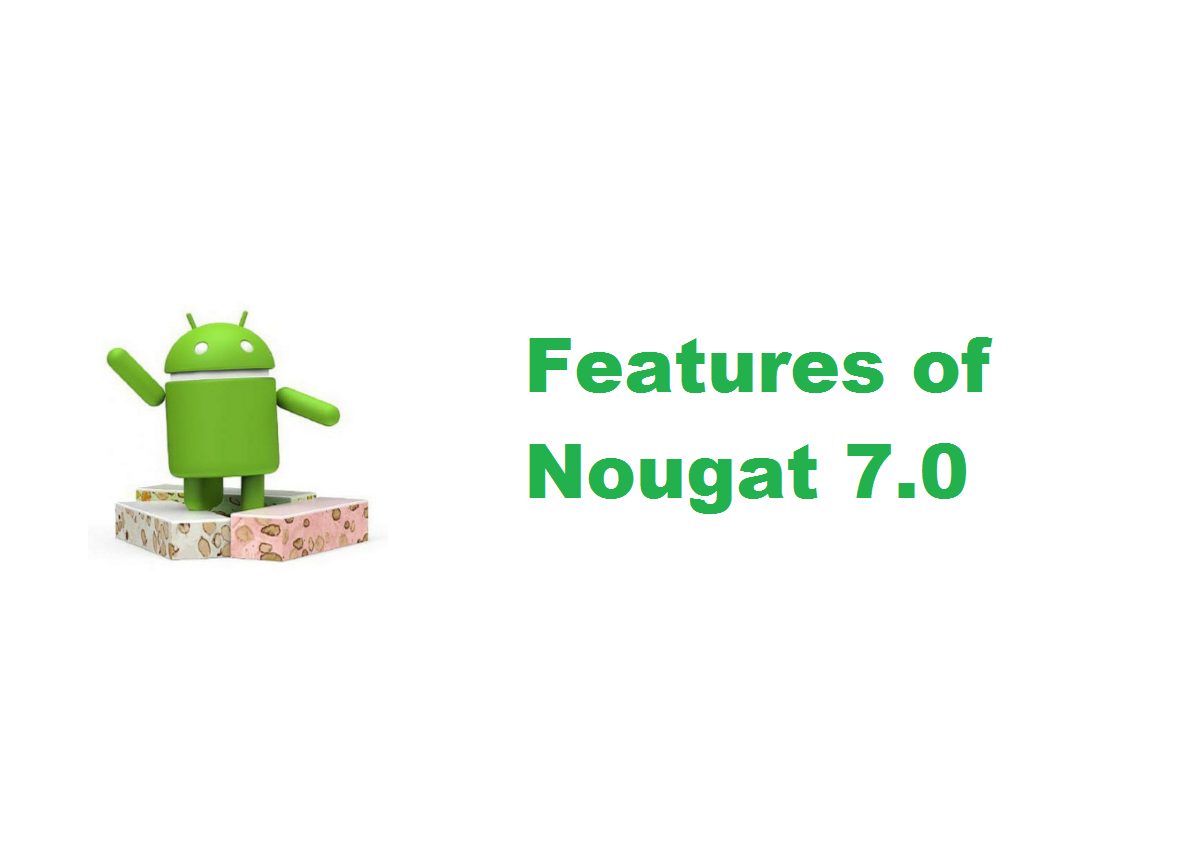 Android N or Nougat or Android 7.0 is the sweetest update in android versions. It was released officially on August 22, 2016, after 5 Beta Previews, the last preview being released on July 18, 2016. The Nougat or 7.0 version of android officially released with an update to Nexus 6, Nexus 5X, Nexus 6P, Nexus 9 and few more phones. It will take some time for everybody’s devices to receive the over-the-air update.

Nougat isn’t radically different from the last version, Marshmallow, but does add a handful of notable user-facing features. Some of them, like improved multitasking, are long overdue and really useful on tablets, there are bigger changes underneath that should make Android faster and more secure, too.

With Nougat, Google has added a major feature that’s been a long time coming: split-screen support, It also works on phones instead of just on tablets. One nice bit is Chrome now having a menu option called “Move to another window” which does exactly what it says — so you can have two browser windows open side by side. Nougat reduces the number of apps that appear in the multitasking view and adds a “clear all” button at the top of it.

Besides multitasking, the other notable interface change comes with notifications. Nougat finally has a system-level way for apps to let you quick reply to messages right inside their notifications. It works as you’d expect: when you get a message, you can drag down on the card, tap reply, and then type and send — all without opening the app. You can do more with them, too: apps can “bundle” multiple alerts into a single notification, which can then be expanded by dragging down on it.

The other thing to say about notifications is that Google has finally figured out that everybody wants to just see the quick settings panel at the top of the notifications tray right away. So now there are buttons across the top for your most-used settings toggles and you can customize their order, too. This is also where you’ll find Nougat’s Easter egg, a little game that lets you put treats out for virtual cats.

Weirdly, my biggest gripe about Nougat is related to the thing you’d expect Android to be stupendously good at Google search. Google search app itself just seems lost and disconnected from the rest of the operating system. When you search, it puts the results into its own custom browser window that feels custom-designed for one-off searches instead of persistent research.

A lot of what’s new in Nougat are features you can’t really see. I’m talking about deeply nerdy (but important) stuff like a JIT compiler for ART apps and support for the Vulkan API for 3D graphics. The former should provide some performance gains while the latter will help Android games look way better.

After researching on Nougat for a week, one thing has become abundantly clear: Android is smoother, smarter and more elegant than ever. That doesn’t mean it’s completely issue-free, split-screen multitasking isn’t nearly as elegant as it could be, and it kind of sucks that seamless software updates won’t happen on older hardware. Only 15 percent of devices are on last year’s version of Android Marshmallow. Android has been rocked by serious security problems in the past year, and so the debate around updates has shifted from being about users who want the latest features to being about users who need to be protected from hackers and malware. So instead of asking about the latest version of Android, we’re asking about the new monthly security updates that Google is issuing.