Design Your Desired Baby With Technology 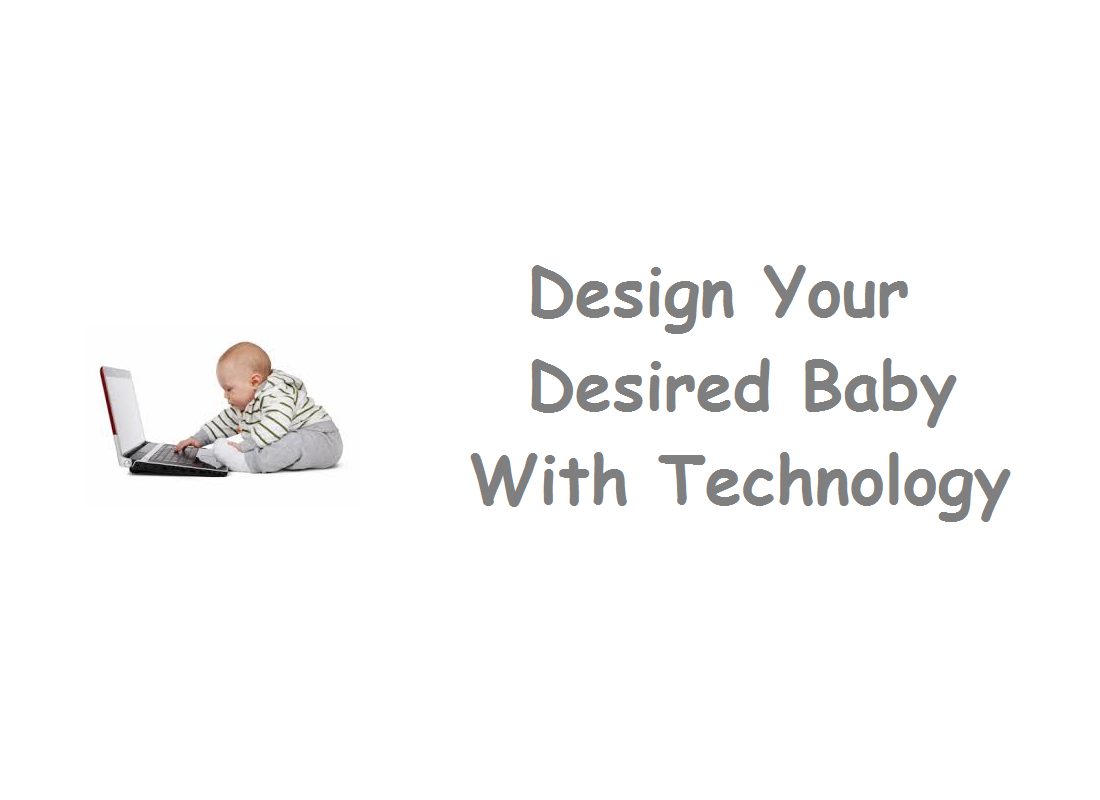 The man is the most beautiful and intelligent creation of God. But human is over ambitious too. For fulfillment of his desires and needs, he had created technology. And now technology has reached to such an extent that it can create a human. Yes ! If technology combines with biology it can create the most powerful, intelligent and perfect human. Biotechnology enables us to design the desired characters in human. You can choose the super characters and implant in your infant.

Nowadays biotechnology is providing us with designer babies. Designer baby is a baby whose genetic makeup has been artificially selected by genetic engineering combined with In Vitro Fertilization also known as IVF to ensure the presence or absence of particular genes or characteristics seeing as we are a bunch of eight graders simplified its, using biotechnology to pretty much choose what type of baby you want. You may also want to know what In Vitro Fertilization is, IVF is “one assisted reproductive technology. It is the process fertilization by manually combining an egg and a sperm in a laboratory dish and then transferring the embryo to the uterus.”

Designer babies can almost eliminate the problem of genetic disease. If they find an egg that doesn’t carry the gene, they can implant it and reduce the chances for this disease greatly. If a certain genetic disease is only passed down through males in the family, the family can also choose to have little girl opposed to a baby boy which could potentially carry down the genes that the males carry.

Although there are many questions of if genetically modifying babies is ethical and for the moral reason, there are many positives to this type of treatment:

ALSO READ  WHAT IS CRYPTOCURRENCY?

Since the babies genes have been altered and played withdraw the parents would have some type of expectations for their child that the child cannot meet. You can design your baby to have a greater level of intelligence but instead choose not to care, not want to learn and not want to be as smart as they are capable of being.

With these “super babies”, the children that are conceived naturally won’t be able to compete. This will affect society by dividing poor from wealthy since designing your baby is quite costly. It’s not fair that children may or may not be born with advantages that they’re not in control of and could potentially be used against them when they are older.

Here are some of the cons associated with the genetic engineering of babies:

The process of creating a “designer baby” is often questioned because of its shaky moral platform. Though there are certainly some positive things that can be obtained from the use of genetic engineering used on unborn babies, but it is often wondered if parents will have the “right” reasons to genetically modify their baby, or if reasoning will become more superficial.

Use a monitor as external display for laptop