Windows or Android? Which one is preferable ? 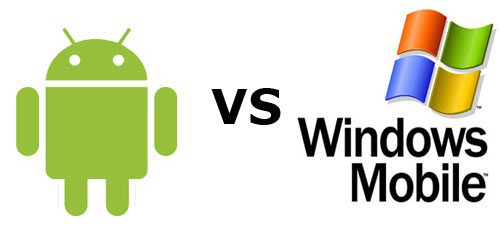 Android, with its open platform and Google integration, has captured the heart of many users. Windows, on the other hand, has been the choice of many others, owing to its Microsoft integration and support. To decide which one is best preferred is a tedious task. So let us discuss its pro’s and con’s, then you will be able to come to a conclusion yourself. The final decision will be yours then, that’s the deal.

The possibilities with Android:-

Open source platform: –  You are the proud developer of your app. You need to have a Google Playstore account to serve this purpose. The Android is built usually with a GNU/Linux or Mac OS operating system.Anybody would be able to use it and develop any sort of apps.

Cost efficient: –A basic budget is anything an android developer would require. You just need to have an idea with even a simple budget.Then it is all it takes to build your android app.

Better marketing strategies: – The Android apps are easily accessible in the market. Some apps need to be paid for use and other apps are free. The main strategy behind the success of android is that they mainly target users who need not be well off to buy an iPhone.It is accessible to any kind of users with a basic android smartphone.

A Wider range of connectivity: – You will be able to connect the android apps along with our gadgets and even our smart homes.You will be able to sync it to other devices, anywhere, at any time.The file transfer is also easier in android.

Easy to handle: -The android apps can be easily handled by anyone.The apps are also easy to download.You can also alter the apps, means you wish.

Less MB: -The Android apps consume less MB and it would incur only less data usage.The app range can be anywhere ranging from 1 MB.

Highly efficient apps: – The windows apps are of great compatibility and you will have a great time using it.

Greater gaming experience: -Everyone would love to play with an Xbox, Don’t you?Windows integration with Xbox will turn your gaming experience into a more cooler one.There are many games here like Airborne, FIFA 14 and Jetpack Joyride, which you can play for free.The app runs without any defect, even in your basic Lumia phones.

Greater storage facilities: – You will be able to store large data in your windows phone, with an easier approach.This is one of the properties that has made windows mobile even more popular.

I have listed out just a few advantages. There are even more pros that makes both the OS unique.

Comparison of Android and windows :-

ALSO READ  Use Paytm offline in any mobile easily

Android apps are mostly for free but most of the Windows apps requires you to pay.

There is no DBMS apps in Android, but Windows has it.

It is more easier to connect your mobile to your PC in Windows than in Android.

Almost all the Microsoft apps are available in Android, but Windows does not contain more Android apps.

Android is cost efficient, whereas Microsoft is not.

Microsoft also has offline maps available.Android does not have that facility yet.

The security Is the main concern of any users.This is not a problem in Windows but in Android, there are many fake apps, which threaten the users.

Conclusion :-
Microsoft supports professional look whereas Android supports a smarter one.So the user has to select which one they prefer, being professional, or being smarter.