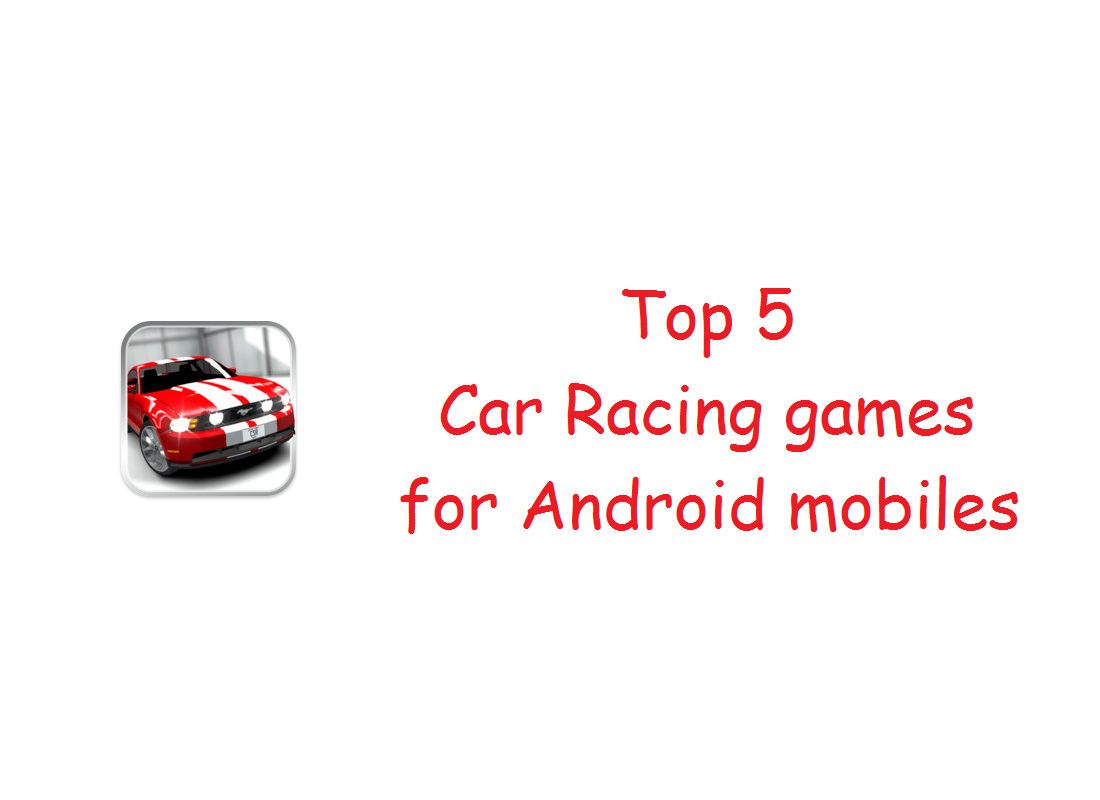 The car racing games always have the crazy among both the children and adults too. In that, we have selected the world’s most popular and trending five car racing games. Every person wishes to prefer the car games because of the reality which makes the person feel the game as their real time driving. Here are some of five games which attract the users and won the competitors.
1) Top Speed: Drag & Fast Racing
2) Asphalt 8: Airborne
3) CSR Racing
4) Real Racing 3
5) Need For Speed TM No Limits

The “Top Speed: Drag & Fast Racing” was created by the T-Bull company had the first position in the google play. It has a rating of 4.6 and more than 5 million users were using this game. Dominate your criminally insane rivals in extreme head-to-head drag races. Reach impossible speeds by expertly timing gear changes and bursts of nitro. Drive 69 cars, beat 20 criminal overlords and become the biggest fish in the city. The game is not the free application it is paid and 171 MB is the download size of the file. The prices varied from 90 to 2000 Indian currency. It provides achievement status, leadership in the game and also it helps to save the game then can able to continue with the same state at any devices.
Link for the game: Top Speed Drag & Fast Racing

The “Asphalt 8: Airborne” was created by the Gameloft company and it’s the Editors Choice application. It has a rating of 4.5 and more than 100 million downloads and more than 100 millions users using this game. The game is not a free and it’s paid of 10 to 6200 Indian currency and download file size is 41.65 MB. It has similar futures as the “Top Speed: Drag & Fast Racing” and additional to it Asphalt 8: Airborne has the Quests (i.e.,) racing again the clock to get rewards.
Link for the game: Asphalt 8 Airborne

The “CSR Racing“ was created by the NaturalMotionGames Ltd. It has a rating of 4.4 and it crossed 50 million downloads and user more than 50 million using this game. It is not a free game, the charges may apply from 61 to 6297 Indian currency and download file size is 531 MB. This is CSR Racing. The ultimate drag race in the city streets, featuring over 100 licensed cars, stunning graphics, addictive gameplay and intense online player vs. player competition. Play a quick race in a spare minute, or strap yourself in for a grand tour to the top of the leaderboards. Race over 95 licensed cars from the world’s most prestigious car manufacturers including Ferrari, McLaren, Bugatti, Aston Martin, Hennessey, and Koenigsegg. Race online against the best CSR players to win special new cars and top the global leaderboard! Is the multiplayer competition.
Link for the game: CSR Racing
Real Racing 3:

The “Real Racing 3” was the game created by the Electronic Arts. It has a rating of 4.4 and crossed 100 million downloads also more than 100 millions users using this game. It’s also a paid game and amount starts from 60 to 6200 Indian currency, the file size is 60.53 MB. Real Racing 3 features an ever-expanding roster of officially licensed tracks with 39 circuits at 17 real-world locations, a 43-car grid and over 140 meticulously detailed cars from top manufacturers. Plus Real-Time Multiplayer, Social Leaderboards, Time Trials, night racing, and innovative Time Shifted Multiplayer™ (TSM) technology, allowing you to race anyone, anytime, anywhere.
Link for the game: Real Racing 3

Need for Speed TM No Limits:

The “Need for Speed TM No Limits” was created by the Electronic Arts and it has a rating of 4.3. It had crossed more than 10 million downloads and more than 10 millions of users using this game. It’s also a paid game and amount starts from 60 to 6200 Indian currency, the file size is 786 MB. The race for dominance in the first white-knuckle edition of Need for Speed made just for mobile – from the developer that brought you Real Racing 3. Build your dream ride with an unbelievable range of cars and customizations. Launch yourself between chaos and control as you hit the loud pedal and roll into underground car culture. Win races, up your rep, then kick into more races, more customizations, and more cars. Make your choices and never look back. Tonight we ride! This app offers in-app purchases. You may disable in-app purchases using your device settings.
Link for the game: Need for Speed TM No Limits

There are more similar applications for car racing games are available, but some of them only get reached the good position some games may fail due to lack of capacity to work so as per our suggestions we provide the best and trending five car racing games. The link below the each game help to find the exact game that you needs to play. So, choose your best game and play well.

COOL THINGS ABOUT ANDROID DEVICES YOU MUST KNOW