TOP 10 MOST DOWNLOADED GAMES IN ANDROID 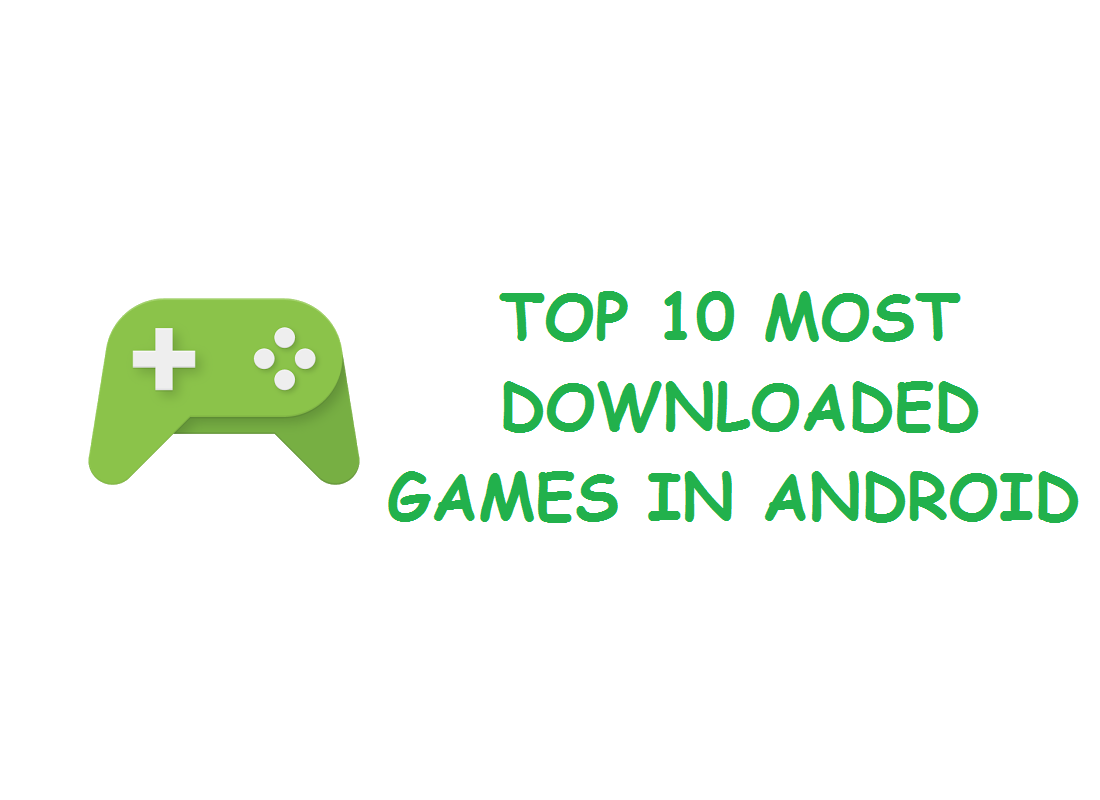 The most popular and most downloaded games are majorly those that are available for free with a short notice of in-app purchases.
Here’s a list of the most preferred android games that keeps a Google customer stuck on their shoes-
⦁ Asphalt 8: Airborne or Asphalt: Xtreme
Asphalt Xtreme is an of froad style racer with a variety of tracks, online multiplayer, and various vehicles that you we unlock. Asphalt 8: Airborne although is an older game, but has huge content for to play through. It also has online multiplayer and other activities just like the Xtreme to play. Both are solid racing games considering their free tag, but their in-app purchase strategy is a little jerky and a way too disappointing.
⦁ Critical Ops
This is one among the newer generation games of first person shooters. There will a variety of urban-themed levels where we get to battle terrorists or there’s an option to play as a terrorist as well. Just like the Asphalt games, Critical Ops too has a strong online multiplayer community where we can play our friends.
⦁ Pokemon Go
None from us can disapprove from the fact that this game was a super hit in 2016. Despite its loosing charm, this game is still a solid option for players. This is basically about catching Pokemon alongside exploring the real world around us, taking down gyms, and finding Pokestops. There’s a real problem with GPS spoofs owning all of the best Pokemon, but that affects only certain parts of the game. It’s one of the great free Android games.
⦁ Clash Royale
It’s a solid card game and a perfect alternative to Hearthstone. In Clash Royale, all we’ve got to do is to collect cards, build decks, and then square off in one-on-one duels with online opponents. If we win, we earn trophies. On the parallel lines, if we lose, we lose trophies. We can form clans to share cards, challenge clanmates to combat, and we get a variety of chances to unlock new cards.
⦁ Cut the Rope: Magic
I believe it’s not offensive to comment that Cut the Rope has eclipsed Angry Birds as the must-have time wasting puzzle game on mobile for now. The intensive compositions this game bears is to involve its users solving puzzles in unique ways so as to help Om Nom the monster eat the candy. The mechanisms in this game that add some icing to the cake are numerous levels, power-ups or lives, transformations, and tactics that will be required.
⦁ Fallout Shelter
Fallout Shelter one of the best free Android games released in 2015. In this game, the players have got to build a shelter, take in survivors, and create a thriving ecosystem. The players are imposed by obstacles like fires, raids by AI bad guys, etc. The in-app purchases take almost a blatant backseat in this title and the developers have been so far good on releasing new and updated content.
⦁ Final Fantasy Brave Exvius
Final Fantasy Brave Exvius is perhaps the best Final Fantasy-themed freemium game. It inherits tons of elements from the original games, including actual town and dungeon explorations, hidden treasures, secret dungeons, and tons of lore. The game play needs critical thinking so as to beat bosses and hard opponents. There’s this frequent rewarding for logging in daily and additional missions, quests, and activities that helps keep the game fresh.
⦁ Hearthstone: Heroes of Warcraft
Hearthstone: Heroes of Warcraft is a card dueling game where we unlock cards, build decks, and then duel other players using the deck you built. We can build multiple decks and Blizzard has been pretty good with putting out regular updates to add more cards and content. If we don’t want to face real players in real-time PvP combat, we can always beat down on some bots for practice.
⦁ PewDiePie Tuber Simulator
PewDiePie’s Tuber Simulator is a simulation game wherein we get to create and manage our own Youtube channel.As we progress, we unlock more abilities, items, and stuff to do that will help us reach the top. There’s also a facility to customize and upgrade our space, gain a following, and much more. It features retro graphics, a fun premise, and tons of quirky humor from everyone’s favorite YouTuber. There are also mini-games as well as a social element so we can give and take gifts.
⦁ PinOut or Smash Hit
Both these games are the most solid infinite runners produced from a similar developer. Smash Hit enables us with a first person perspective as we throw metal balls at glass panels to avoid certain death. It’s calm, fun, and looks more like an adventure. PinOut is an infinite pinball game where we must launch the ball through various levels and obstacles forever. There are no ads, no in-app purchases, and nothing getting between us and the game.