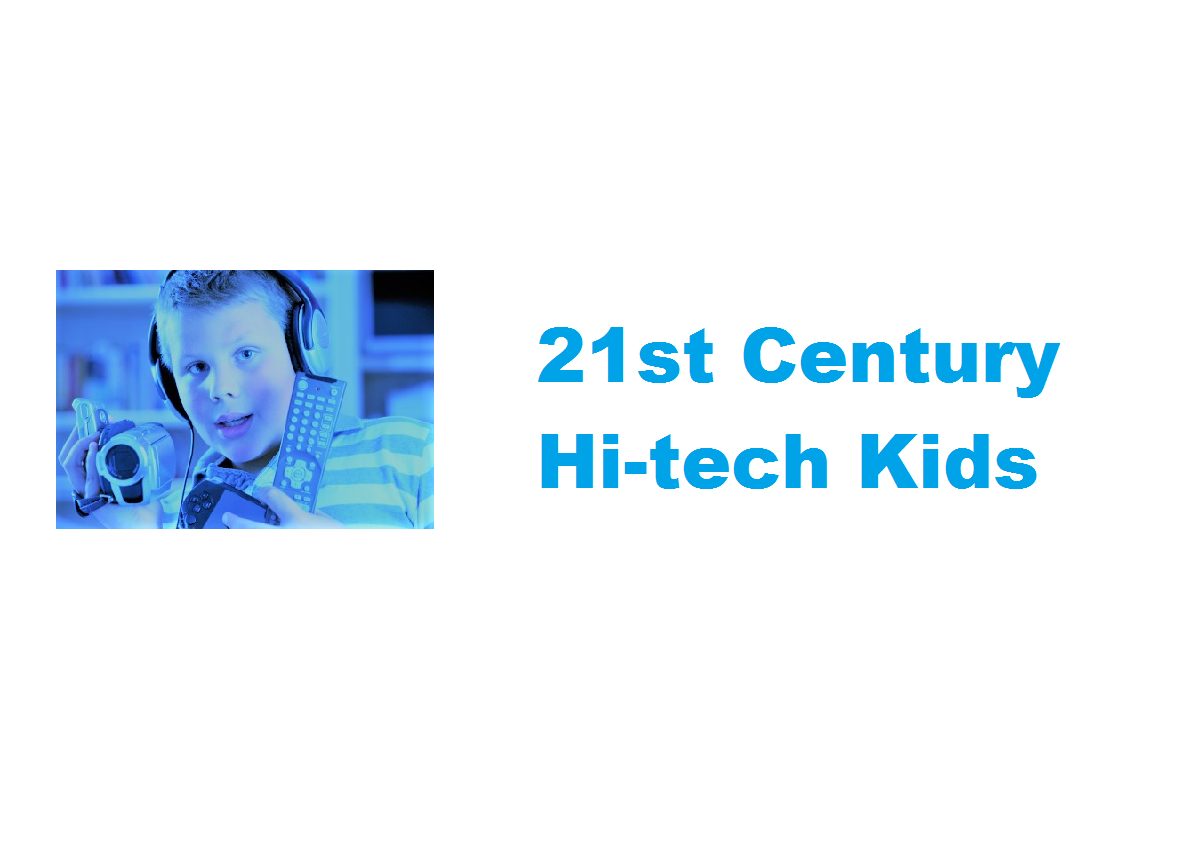 In 2010, the New York Times published an article on this subject entitled “The Children of Cyberspace: Old Fogies by Their 20s.” In it, tech journalist Brad Stone writes:

“Now in their 20s, those in the Net Generation, according to Dr. Rosen, spend two hours a day talking on the phone and still use e-mail frequently. The iGeneration — conceivably their younger siblings — spends considerably more time texting than talking on the phone, pays less attention to television than the older group and tends to communicate more over instant-messenger networks.”

Gadgets, Google and social sites such as Facebook are leading children to mature much faster than in previous generations.

The majority of parents in a recent poll admitted they are concerned their children are growing up too quickly, and 77 percent blamed the web.

They attributed this accelerated maturity, in particular, to peer pressure, the vast amount of information they see online, and social networks.

Children under the age of 12 years are growing in a different world than college students, they are maturing much faster as they many influence their maturity and development. Some of them are:

Many parents are becoming “helicopter parents” this means that they hoover their kids and always have to know what they are doing. Smaller families make the parents focus more on their children. In bigger families, children do not get all of the attention.

These things, however, create a completely different atmosphere for the children to grow up.

In modern days, having kids use technology is allowing teachers to create more STEM-based kids. More parents are using technology to teach their little kids in order to prepare them for facing the competitive world. Kids are being taught how to use technology at very young age, therefore not going outside and playing with other kids like the previous generation kids did.

ALSO READ  How to register and activate ChatSim easily

Social media has begun to amplify the issues among children. Kids no longer have privacy. They share all aspects of their lives on social media for the world to see. The previous generation kids grew up without social media and were forced to solve their problems face to face. Social media allows kids to communicate without actually seeing the person. The eye contact has deteriorated over the years.

76% of kids whose age ranges between 15-19 have cell phones. If we compare this situation with the previous generation, they did not have cell phones at the age of 15. But if they had, the only thing they could do on it was calling people. They had to speak and talk in order to communicate. There was nothing like texting.

No doubt, these kids are future of mankind. They are successfully handling the technology and enjoying the advantages. It also creates hardships and mess in their lives. Technology enables the kids with so many things, but we cannot deny the fact that it disables the physical ability of our upcoming generation. No doubt we are getting a huge number of technology experts and software masterminds, it is also the fact that there is a severe decline in a number of sportspersons as well as physically healthy kids.

Our question is “Are Children under twelve now growing up in a different world then college-age students did? How is it different, and what does that mean for them?”

Yes, we believe that children today are growing up in a different world than college age students today. To go without saying, the world has changed tremendously just within the last couple generations. However, we would like to focus more on the question of whether said change necessarily had a positive outcome.

We have concluded that technology has impacted today’s generation in many ways, more so on the negative side.