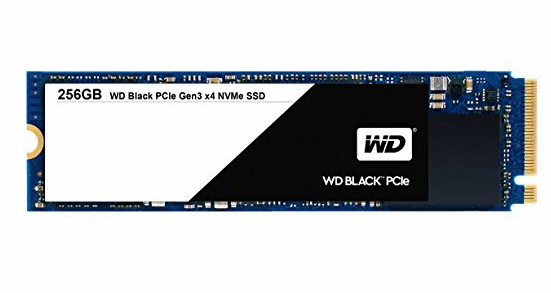 Western Digital Corporation is one of the largest computer data storage companies in the world. Their hard drives and solid state drives are known to be inexpensive and provide quality performance. Western Digital announced a new line of solid-state drives which is termed as the Black 3D NVMe. The Black 3D NVMe comes in 250GB,500GB, and 1TB versions. The 500GB and 1TB version comes with sequential read speeds that go as high as 3,400MB/s and write up to 2,800 MB/s. Throw in the ability to perform 500,000 random input/output operations per second and you have a device that packs a serious punch. The Black 3D NVMe is also ideal for 4k editing because of its extreme performance there will be no lag while editing 4K videos. This is also true for games played on 4K which reduces the load times and also enables for a much smoother experience especially those games which load the map/level depending on the hard drive or the solid state drive whichever is built into the user’s system. It is to be noted that some games that do not load the map/level from the hard drive/SSD but instead from the CPU will have no effect whatsoever in the load times and instead will only cause some performance boost due to the reduction of stuttering. The new line of SSD’s will be suitable for film editors, vloggers, and professional twitch streamers. This is because the time taken for the videos to be rendered will be reduced drastically thus saving time which in turn will enable content creators to be able to push out videos at a faster and a stable rate. Twitch streamers can use the new SSD to severely cut down the load times in order to keep the viewers much more engaged. Compared to Samsung the black 3d NVMe is much more economical and delivers the same performance as the Samsung 960 pro. The 1 TB version comes for 450 dollars,500 GB comes for 230 dollars and the 250 GB comes for 230 dollars. This also comes with a warranty of up to 5 years.

Expected Features of the Jio laptops

How to Find Server’s IP Address of a Website