How to know about your infected Android 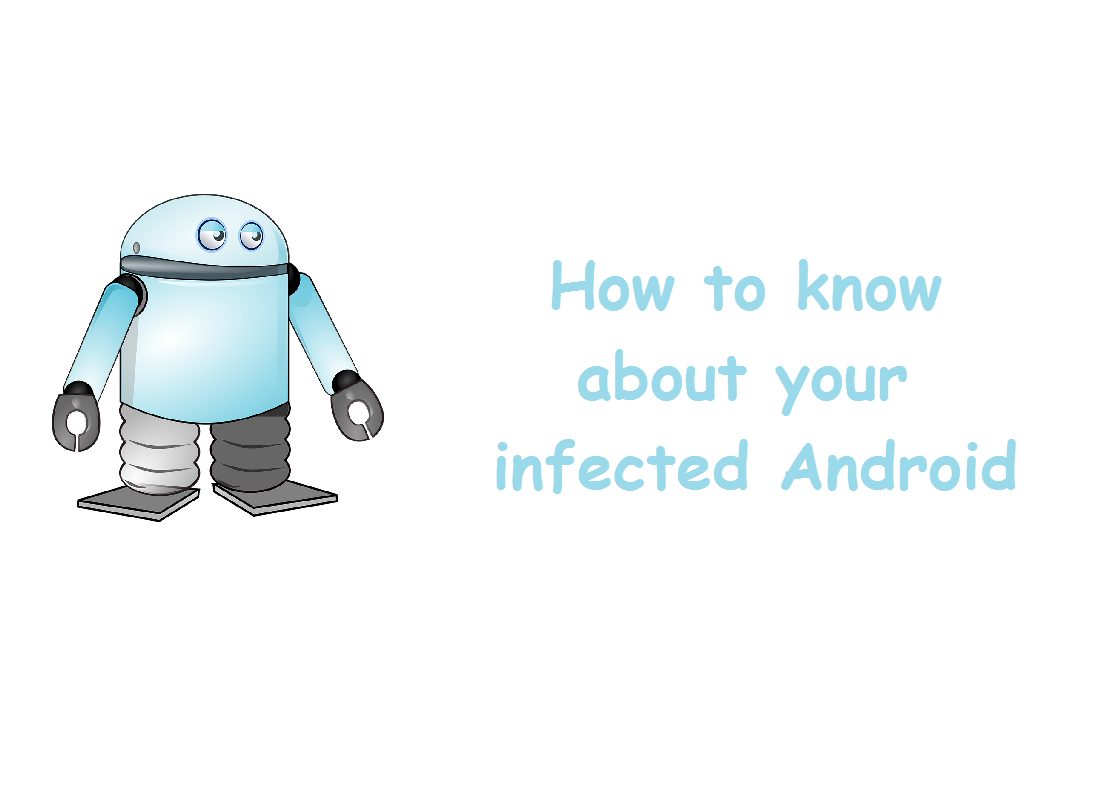 Following may help to know your Android is infected.

The battery can’t cope with the same heavy level of usage you’ve
given it up until now. Surfing the internet, Google searches, Twitter
and Facebook updates or uploading photos to Instagram, now deplete your
battery faster than usual, meaning that you need to always have a power
pack handy.
Keep an eye on your battery usage.

2. Cell phone opens sites seemingly all on its own.

Making calls has become a nightmare – they cut out for no reason, the
signal breaks up, and other technical difficulties you automatically
blame on your service provider. In this case, it’s worth considering
that your phone’s been the target of an attack before you point a
finger in the wrong direction.

5. Messages have a mind of their own.

Your smartphone’s sending unwanted messages that hike up your phone
bill, most of all because the messages are being sent to premium rate
numbers, even if you know you haven’t sent a text since you discovered
the world of Whatsapp.

Your start up screen shows notifications or messages but when you go to
them nothing appears. You’re so frustrated with all the time you’re
wasting you don’t even notice that something’s not quite right.

Your data plan shows a huge amount of traffic but you’re not in the
habit of regularly downloading apps, photos etc. onto your smartphone.
There’s a chance someone’s hacking into your smartphone and
hijacking your accounts for their own use.

Your smartphone’s running incredibly slowly and you constantly need to
restart it for it to work normally again. Sometimes it works, sometimes
it doesn’t, and you’re sure it never did this before. It could be time
to take a look at your RAM and CPU.

It could be that you looked at an advert that appeared to come with a
game, but was actually what’s known as adware. These adverts can
persuade you to download an antivirus app, but it turns out that the app
itself is a virus.