Grow your money with Investment App-FinoZen

Our country is trying to emerge as “Digital India” and in aiding to it many new apps are being created which help in achieving the goal rapidly. With nearly 60 lakh crore rupees which are locked up in various banks and fixed deposits, Varun Gupta has created an android app named “FinoZen app”. After 10 months of strive and hard work, this app was found in 2015 and was successfully launched in April 2016. This app is slowly grabbing the attention of the people and there are nearly more than 16000 users who have invested up to 6 crores. This app is mainly focused on youngsters like students and professionals since they are the ones who adopt this easily.

FINOZEN APP:
The app is mainly based on referring and earning. It is similar to banks. But unlike banks, the invested amount increases on daily basis. The annual interest increases from 7.0 – 8.5%. Only liquid funds can be invested in this app. A minimum amount of Rs 500 must be invested initially. The money invested is given to various companies using mutual fund investment method. It is given to various companies so that the profit of either one of the companies will increase the investment. This app works in combination with Reliance.
STEPS TO INSTALL THE APP:

• The initial step is to download the FinoZen app from the playstore.
• After installing and opening the app, click on the “create new account “ button.
• Fill in some details like phone number, email Id and the most important is to enter the referral code, this help in obtaining Rs 100.
• Fill your bank details and other details regarding either your PAN card or your Aadhar card.
• Now, the process is completed and you can invest your initial investment from Rs 500 to Rs 5 lakh +, and after 2 to 3 days you will get Rs 100 deposited in your bank account.
FEATURES:
No product , exactly like the Finozen app is found in the market. The main aim of this app is to make the investment process simple ,transperant, comfortable. In this, all the details like total investment ,transcation, daily gain, money growth can be seen . Here, the investment money can be withdrawn at any moment and there is no penalty for it. The withdrawn amount is directly deposited in the bank account . In this app, you can even calculate your final investment, using the ‘calculator ‘ menu which is found in the main screen. The amount will be deposited only in the bank, which you have mentioned earlier while installing the app. This app, is completely safe to use and it has got an AMFI certificate and SEBI regulation certificate . 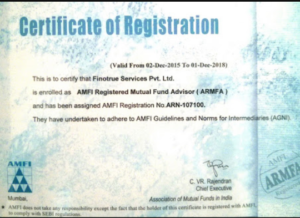 MOTIVE OF THE APP:
The aim of this app is to become the largest investor by 2021. It’s another important motive is to change the investment habit, which is prevailing among the Indians . Varun the founder, mentioned that “After months of studying the market and customer preference, to help Indians inculcate a habit of personal investment I, created Finozen”.

How to Remove the Watermark from the Image or Photo